Ezequiel Menéndez has been the Director of Music for  the Archdiocese of Hartford and the Cathedral of Saint Joseph, in Hartford, Connecticut since 1998, Chapel Organist at the Ethel Walker School in Simsbury, Connecticut since 1994 and Music Coordinator at the University of Saint Joseph, West Hartford, since 2011. Since 2013, Dr. Menéndez has been the Professor of Organ at Central Connecticut State University, where he started the Organ Department. In addition, he teaches at the University of Hartford (Community Division) and maintains a large private organ studio. His private students have been accepted at prestigious schools such as  the Hartt School, University of Iowa, Holy Cross College and Julliard School of Music.

During his tenure at the Cathedral of Saint Joseph, the music program has grown to be one of the largest in Connecticut, encompassing multiple choirs, a resident orchestra (Soli Deo Gloria), and an active concert series. He co-founded Hartford Concerts for Charities, which has raised money to rebuild Sri Lanka and to benefit local charities. In addition, Dr. Menéndez initiated the Sacred Sounds Music Series.  In recognition for his work with charities, the Rotary Club International awarded him  with the Paul Harris Fellow.

As an ardent advocate of the pipe organ, he has acted as an organ consultant throughout dozens of churches in Connecticut, and many now own new or relocated pipe organs due to his efforts.

A native of Argentina, he graduated from the Conservatorio Gilardo Gilardi in Argentina as Professor Superior de Organo. In 1992, he received his Master of Music degree from Yale University under the tutelage of Thomas Murray. Yale awarded him the highest prize given to an organist, the Charles Ives Scholarship, and the Julia Sherman Prize for Excellence in Organ Playing. Other awards include the E. Power Biggs Fellowship and the Vivian E. Smith Scholarship. In May of 2006, he received the Doctor of Musical Art degree from Boston University, where he studied with the noted teacher and recitalist James David Christie.

He remains an active recitalist and has concertized widely throughout Europe and the Americas, including the national and regional conventions of the American Guild of Organists, The Organ Historical Society, and the National Convention of Cathedral Musicians. Dr. Menéndez has performed as soloist with the Hartford Symphony Orchestra, Orquesta Estable del Teatro Argentino, New Haven Symphony Orchestra, Orquesta Estable del Teatro Colon, Orquesta de Camara de la Municipalidad de La Plata, and the Hartt School Symphony Orchestra. He has been an adjudicator for several national and international competitions, including the American Guild of Organist Regional Competition and the Kaliningrad International Organ Competition (Russia).

His latest recordings include “French Music at the Cathedral of Saint Joseph” and “Ezequiel Menéndez, LIVE” featuring Pre-Bach music recorded at Holy Cross College in Worcester, Massachusetts, both of which have been widely acclaimed. In 2009, the Boston Chapter of the American Guild of Organists chose Dr. Menéndez to perform Mendelsohn’s Organ Sonatas to mark the composer’s 200th birthday. Dr. Menéndez played on the famous Flentrop organ at Harvard University. He performed the Six Sonatas Opus 65; the recording of the concert is available for purchase.

Dr. Menéndez lives in Avon, Connecticut with his wife, Mercedes Featherston, and their four children: Cecilia, Madeleine, Ezekiel and Nicholas. 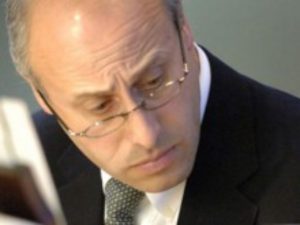